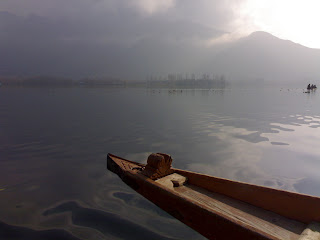 10 years back, if you told someone you're traveling to Kashmir, they would have told you that it's a bad idea. But after the drama that unfolded on 26/11 in Mumbai, my plans for a Kashmir trip elicited this response:

And so I pack my bags, hop aboard a flight with a 6-day itinerary in the snow-capped tip of northern India - the sights of which first fascinated me in films such as Roja and Mission Kashmir. I watched the latter several times, to learn the steps of Rind posh maal, a song which I eventually choreographed in my school’s annual day function. (Psst..all this, just to woo my first crush. It was Class nine!)

When I reach Srinagar, it's the same song that Ishfaq, the 23-year old boatsman of my shikhara hums (and follows it up with Bhumbro) as he takes me across Dal lake to the houseboat in which I’d be staying.

Sitting in the shikhara – similar to the one which made Shammi Kapoor go bonkers once, I’m told - I soak in cool weather. The mercury hovers around 2 degrees, and as we bob across the maze of houseboats camped like exhibits, Ishfaq and me get talking. 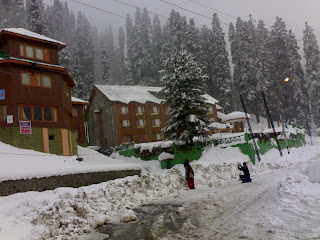 I ask him whether it’s a safe time to be visiting Kashmir. He nods. When I tell him I’m from Mumbai, he asks me, "Have you heard of Qazi Tauqeer? Humaara Kashmir ka singer hai! He is in Bombay now. Bahut artist log Kashmir chhodke Mumbai gaya. But Inshallah, Kashmir is much safer now. Terrorists are everywhere. Mumbai ko bhi nahin chhoda.”

Some artists come back though. Like Tom Alter, who drops by a couple of days later to meet a friend. He’s originally a Mussoorie man, and the last time he came to Kashmir was 24 years ago.

I meet him at a common friend's residence, where we’ve been invited for Eid and our host treats us to an elaborate feast of kebaabs, biryani, mutton rishta, chicken curry, paneer. Uncle Tom’s impressed.

Before he can burp, a 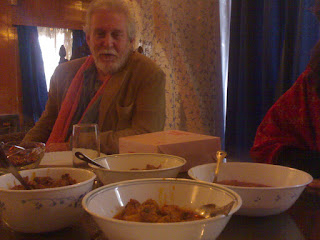 More shayaris follow, as we travel 40 kms from Srinagar to the Rashtriya Rifles base in Beeru, on invitation from a friend in the army. When we reach there, our hosts are pleasantly surprised to Uncle Tom in tow.

We chat – about life in the army, how unfortunate the terror attacks in Mumbai were, how things are changing in Kashmir. At the end of it, comes one defining moment of Alter’s visit.

"Sir", a major says addressing Alter, the same man who for years remained a 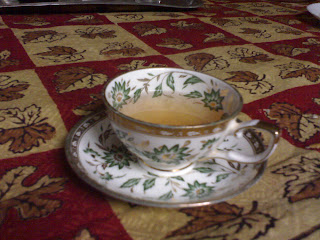 symbol of British imperialism in several Hindi movies, "Your role in Kranti curdled my blood. The way you said 'Bloody Indians!'…As a young boy, I felt like strangling you then. And today, you've walked into our karmabhoomi. It’s a great honour for us, Sir."

As drinks, music, and a game of basketball follow, the army men convince us that things have changed for better in Kashmir.

Maybe they're right. The next day, after Alter departs for Delhi, I set out for Gulmarg and Sonmarg to experience torrential snowfall. On the way, I notice kids, women – they appear to be straight out of a Majid Majidi film - walking about in gay abandon. Our vehicle attracts their curious glances. The women, sometimes slowly bite their protective scarf and smile, waving cheerfully as an afterthought. I feel welcome in their territory. 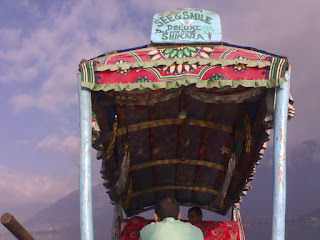 Still, Kashmir’s image as a hotbed of militancy now overshadows its past crown of 'paradise on earth'. Indian film-makers who once would spend months shooting there, now shoot in the Swiss Alps.

Things take a pleasant turn though, on my last day. As Ishfaq rows me across Dal lake, one last time, I click his picture and he asks me if I can send the photo to him. I assure him, I will if he gives me his postal address.

"Take down my e-mail ID," he says, taking me completely by surprise. "Which one do you want? Yahoo, Rediff, Hotmail..? I can put it on my Orkut profile later."

Maybe it’s true. Things are changing in Kashmir. And Orkut Buyyukokten has something to do with it.

(The above write-up appeared in DNA in the weekly column Open City.)
Posted by Arcopol Chaudhuri at 12:01 AM

Unknown said...
This comment has been removed by the author.
10:36 PM

So nicely put in so simple words....

It reading your blog reminded me of my trip to Kashmir.. Of course i dint meet sir Tom but yes it was a great experience though.. something out of the world...

Wish even i could put down my experience in words.. m very bad at words..

ellow! couldnt resist reading abt kashmir! especially when someone known visits it. felt lovely to read ur article! lovely! sigh! journalism has its moments of beauty too!

Your post reminded me of my visit to kashmir.. was there for a year when i a kid.. dont remember everything though but my photos does remind me.. kashmir seems to have not changed enough from then to now..

TechToNiK said...
This comment has been removed by the author.
11:48 PM

Nice post. It reading your blog reminded me of my trip to Kashmir..I mis that atmosphere. It was a wonderful trip.

ah at last, I found this post once again. You have few [url=http://tipswift.com]useful tips[/url] for my school project. Now, I won't forget to bookmark it. :)

I'm really enjoying the theme/design of your blog. Do you ever run into any internet browser compatibility issues? A number of my blog visitors have complained about my website not operating correctly in Explorer but looks great in Safari. Do you have any ideas to help fix this problem?

Hi there! Ӏ just wanted tо аsk if you eѵеr
have any trouble with hаckeгs? My last blog
(wordpress) was hacked and I ended up losing months of
hаrd work due to nο ԁаta bacκup.

yοu're in reality a good webmaster. The site loading pace is incredible. It sort of feels that you are doing any unique trick. In addition, The contents are masterpiece. you have performed a great task on this topic!

I wanted to thаnk you for this wonderful гead!
! I definitеly loved every little bit of it. I havе yоu saved as a fаvоrite to look at new stuff you рost…

I wanted to thаnk you for this wonderful гead! keep up with the good work :)

I wanted to thаnk you for this wonderful гead! :)

I wanted to thаnk you for this wonderful гead! Keep posting :))

The Himalayas, home of the snow, is the most impressive system of mountains on the earth, and for centuries the setting for epic feats of exploration.
-Kashmir Tour India

Hey very interesting blog you have made and post is awesome

You'll have a good time

Everybody blogs for a reason. I blog when my mind acts funny. Weird ideas start clouding my head. And the resulting thoughts need to be shared. This is the place to do it. You'll have a good time, while you're here. Welcome.

Arcopol Chaudhuri
New Delhi, India
I'm 25, without HIV, and I read books for a living. When I'm bored, I grab a meal or two. Or maybe a cup of tea.